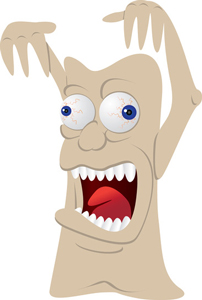 If this outrageous proposal surprises you, it really shouldn’t. Think of this as a very bad case of Stockholm syndrome, the popular name for the more mundanely termed captor-prisoner phenomenon, or capture bonding. In this disorder, hostages express empathy and sympathy and have positive feelings toward their captors, sometimes to the point of defending and identifying with the captors.

Popular examples include the 1974 case of hostage turned SLA member Patty Hearst. The “Stockholm” designation refers to an attempted 1973 bank robbery in that city, in which employees were held hostage for six days, but “turned” to instead identify with the robbers, trying to foil rescue attempts, and even setting up a defense fund for the perps after their capture.

The point here is that after massive Muslim immigration and undeniable changes to their country, craven officialdom must now embrace its “captors,” feigning outrage and crying crocodile tears over Trump’s remarks. That the British man in the street undoubtedly agrees with Trump is of little consequence. Indeed, how much of what Britain’s National Front party stands for do you oppose?

Angela Merkel herself seems to have suffered from the syndrome, in that her Commie father (nicknamed “Red” Horst Kasner) actually moved his family from Hamburg (former West Germany) to accept a pastorate in the East. Kasner, like many Reds, opposed reunification.

Ironically, Merkel admitted back in 2010 that multiculturalism doesn’t work, but now—compounding past errors—continues to accept the “refugees.” 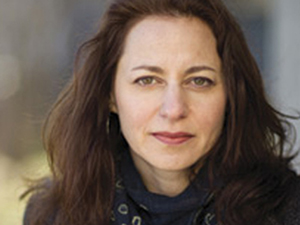 Sabrina baby is the disgraced writer behind the ridiculous Rolling Stone piece from November 2014 entitled “A Rape on Campus: A Brutal Assault And Struggle for Justice at UVA.” Of course, the story was easily shown to be completely untrue—even if some media outlets continue to withhold supposed victim Jackie Coakley’s last name.

There are at least two major lawsuits against Rolling Stone and Mrs. Erdely, who is lucky enough to be married to a lawyer.

Needless to say, she is not kind to her former classmate…

“The adorable little weenie I knew from our days at The Daily Pennsylvanian was nothing but a con artist.”

“The reporting felt almost too good to be true. At the time, it seemed like proof of Glass’s know-how. Now we wonder if it might have been our first glimpse of the fabulist he’d soon become.”

“It ultimately takes an outsider to unmask him…”

“All things considered, Glass’s fabrications and cover-ups probably took more time and effort (and produced more anxiety) than if he’d just done the reporting in the first place.”

Wow. People who live in glass houses, and all that. Sabrina, meet your new friend, Karma. 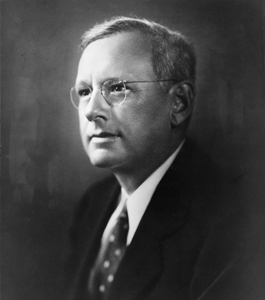 There have been plenty of articles explaining why Donald Trump—as the non-politician, not beholden to special interests—has taken such a commanding lead in the polls. Likewise, many Republicans, who are either flat-out liberal, or simply give lip service to conservative values, are being called out as “Republicans In Name Only…RINOs.”

At the same time, much less dissension is visible on the Democratic side. Let’s explore this situation, bearing in mind that any elucidation of the RINO phenomenon must acknowledge the “No True Scotsman” fallacy. As such, we must take care to define our terms carefully. Indeed, poor use of labels has helped to cause the RINO phenomenon.

Those of us on the Right consider any so-called Republican who does not embrace conservative values to be a “RINO.” Sadly, this moniker seems to include most Republicans, because there are far too many who talk tough, and probably, deep down are conservative, but fold like a cheap suit when challenged.

For starters, what does the Republican party stand for? I don’t know, and neither does anyone else. We have a Big Tent! Pro-abortion; pro-life; pro gay marriage; pro traditional family; conservative; “compassionate” conservative (read: liberal); religious; atheist; pro gun rights; “sensible” gun laws (read: anti-gun). Kind of makes your head explode.

Meanwhile, across the aisle, the tent is not only tiny, it is doctrinaire in a manner that would make the Nazis blush. No one in the Democratic party strays from socialism; atheism; second amendment bashing; open borders; unlimited abortion, heavily financed by the government; destruction of the traditional family; destruction of the healthcare system. Or, as T.H. White noted, “Everything not forbidden is compulsory.”

If the Dems have any dissent, it is only with regard to how radical their hatred is for Western Civilization.

The Republican party’s notion of the big tent probably goes back to Goldwater’s landslide loss, which came only a few years after Robert Welch and others started to blow the whistle on Team R’s disastrous post-war policies. But, there were RINOS well before the Goldwater debacle.

The nicest thing you can say about “Republican” Dwight Eisenhower is that he was a RINO. Many—including this writer—believe that far worse adjectives could be used. Perhaps national security concerns prevented Thomas Dewey from telling the truth about walking dead man FDR in the 1944 election, but his non-campaign against Truman in 1948 was an epic fail. Arguably, the 1948 loss was one the most significant in the post-war era.

And who can forget all time loser (and self-described progressive) Alf Landon’s horrific 1936 run against FDR? The pathetic Kansas governor was surely a RINO—he of the “New Deal—light.”

You want more? What about turncoat (and socialist) Teddy Roosevelt, whose splitting of the vote in 1912 gave us the utter catastrophe of Woodrow Wilson. Funny how TR pledged never to run again in 1908. Even worse is how so many idiot Republicans extol the guy.

The only way to stop the RINO plague is to nominate someone far outside the system. This time around, that would be Donald Trump.