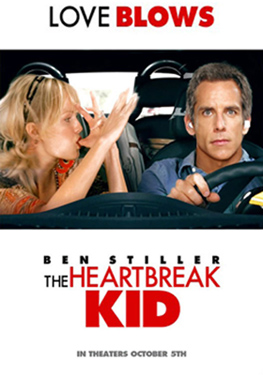 I had no intention of posting a review of this pic until I compared many so-called “professional” reviews with the reality of what I saw in the theater. Certainly, reasonable people can differ on a film, but not only did so many reviews get basic plot details wrong, a goodly number of the critics filtered the movie through a mélange of their own neuroses.

The film is a loose remake of the multi-award-winning 1972 vehicle, that was based—also loosely—on Bruce Jay Friedman’s 1966 short story A Change of Plan.

The plot of the 1972 film involves a guy who marries wrong and meets his dream girl on his honeymoon. Conveniently, his wife is stuck in the hotel room for most of the movie with a horrible sunburn, so he can court the new girl, that he wins in the end.

Let’s get this out of the way right now: Friedman’s story is superior to either film version, and the 1972 edition is more of a classic comedy, although its stereotypical Jewish guy fish-out-of-water was dated at the time of release. Moreover, the protagonist in Friedman’s story is anything but a victim. He’s confident and a smooth talker. He’s only Jewish by implication, and there is no need for a sunburn. He just tells the new wife that he made a mistake and wants out.

The 2007 version adds Farrelly Brothers gross-out comedy to the mix, and makes the new wife Lila far worse than Jeannie Berlin’s earlier incarnation. 2007’s Lila (Malin Akerman) is grotesquely deceitful, clearly setting up Eddie (Ben Stiller)—after an unusual meet cute—to pop the question, and is able to keep a lid on a panoply of incredibly irritating personal habits and quirks for the six weeks until the wedding.

Oh, and she is a former cokehead, does not actually have a paying job, is deeply in debt, can be astonishingly vulgar, prefers ridiculously acrobatic sex, and the meet cute’s psycho purse-snatcher is her former boyfriend, who had every good reason to snatch her purse.

Numerous critics, including the New York Post‘s Kyle Smith blindly ask why Eddie did not discover all the negatives about Lila. Well, it’s because she was deliberately hiding them, and because she somehow convinced him that they should avoid sex for awhile—and that turned into first time on the honeymoon (just like the original movie, but not like the story).

Keep all this in mind as you ponder MaryAnn Johanson’s shrill take on the 2007 film:

Eddie Cantrow is one of the most vile characters a purported comedy has ever produced, a man who deliberately sabotages the career of the woman he claims to be madly in love with, lies effortlessly to her, subjects her to his relentless passive-aggressive faux nice-guy schtick, tires of her almost instantly, and moves on to the next babe, because this new one is simply perfect and the love of his life and his soulmate… just like the previous one was.

Wow! She had no career to sabotage, as she is a volunteer with some unnamed environmental group. The “sabotage” was that by marrying her, she would get to stay with the organization in her hometown of San Francisco, rather than moving to Rotterdam. As to tiring of her, that is not the correct verb. She has been so deceitful, and is so terrible that he has to dump her. If she had been the same person he dated, there would be no problem. His lies pale in comparison to her deceit, although they both exist to stall for time. As to the passive-aggressive bit, it was not in either movie or the short story.

A few critics, including the acerbic Frank Sweitek, complain about “gay-bashing” in the pic, but the only instances that could even be remotely interpreted as such involve some kids questioning how Eddie could be never-married at age 40, and an obviously comic exercise regarding a wedding planner.

A.O. Scott of the New York Times speaks of the pic’s “hysterical misogyny,” apparently based on the notion that no matter how awful the woman and how over-the-top the portrayals might be (and this includes the shrew wife from Hell, married to Eddie’s best friend), females cannot be criticized. I bet the Farrellys went extreme on the women just to see how many wimp PC critics they could flush out.

As to the gross-out quotient, there is nothing here that is any worse than a host of contemporary raunchy comedies, but some will no doubt find it offensive.

The 1972 version featured a stereotypical (for the era) Jewish honeymoon drive from New York to Miami, not to mention the requisite bake in the sun. The 2007 film moves the action to the west coast, and changes to a journey from San Francisco to Cabo San Lucas, Mexico—located at the very tip of Baja California Sur. While the trips might be similar in physical distance, very few people would attempt the California/Mexico drive—especially these days. Surprisingly, this little in-joke of an “homage too far” was missed by essentially every critic.

The current version’s major flaw is way too much story in the third act. After all is revealed to Miranda, the new object of Eddie’s affections, everything blows up, as would be expected. One idea would have been to simply have Miranda and Eddie hook up, after the dust settled. The Farrellys do this, with the added complication that in the meantime Eddie has remarried, and will supposedly have to dump wife number two to finally get Miranda.

Unfortunately, there are useless sequences involving Eddie taking months to sneak across the border (Lila has burned his ID, and he hasn’t thought of visiting the consulate to obtain a replacement passport, I guess); along with a poorly drafted scene in Miranda’s hometown of Oxford, Mississippi.

In short, 2007’s take is no worse than 1972’s, despite how many critics are condemning the former and overpraising the latter. I suggest you read the short story.